LoRa Cloud Geolocation is a simple cloud API that can easily be integrated with a LoRaWAN® network server (or application server) to enable the estimated location of any LoRaWAN device. When gateways receive the data packet transmitted by LoRa®-based devices, they also generate metadata such as received signal-strength, signal-to-noise ratio and time of arrival. When this metadata from the gateways is assembled into a suitable query, and transmitted via an HTTP post request, then the service is able to calculate a location.

The service does not require any special hardware or software on the device itself, and there is no requirement for a GPS (or similar) chipset. Thus the service enables geolocation with no additional power consumption in the device.

When a LoRaWAN device transmits a packet, it can be received by any LoRaWAN gateway that is in range of that device. Sometimes the packet travels directly from the device to the gateway (the direct path or line of sight) whereas other times it reflects off buildings and other objects en route from the device to a gateway. Some gateways will receive the packet via more than one path which may be a combination of the direct path plus one or more reflected signals, or even just a combination of reflected signals.

In a LoRaWAN network, gateways forward the received packet to a network server. In the case where a single LoRaWAN packet is received by multiple gateways then the network server will retain one copy and delete all others. While this functions perfectly for recovering the payload of the packet, it does not serve the needs of LoRaWAN-based geolocation. In order to calculate a location, the metadata from each and every copy of the packet should be retained for use in the geolocation service. Where gateways have more than one antenna, then the received metadata for all the copies of the packet should be retained too. 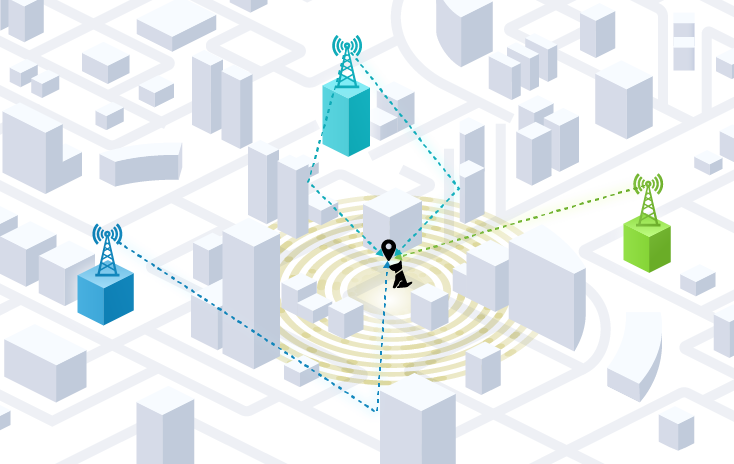 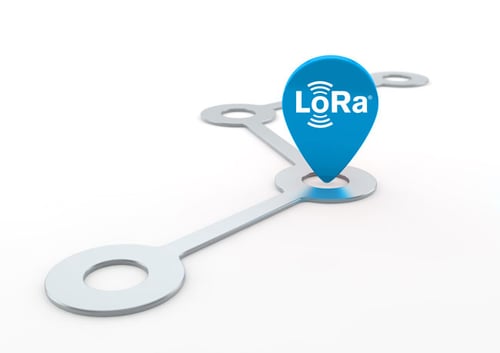 There are several algorithms available in the LoRa Cloud Geolocation service. The simplest of which requires the signal-strength and signal-to-noise ratio for each copy of the packet. If a single LoRaWAN packet from a device is received on multiple LoRaWAN gateways, then, for each receiving antenna, the signal-strength, signal-to-noise ratio, plus the antenna location (latitude, longitude and altitude) is compiled into a query and sent to the LoRa Cloud Geolocation service. The service will respond with the most likely location of the device based on the information contained in the query.

If multiple packets are received from the device in the same location, then there is the potential to process all the receptions together to get an improved location result.